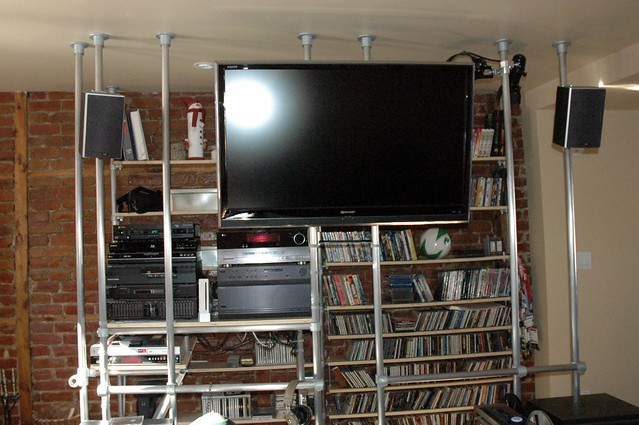 Every once in a while we get pictures from our customers that really impress us! This is one of those times. Jose, used Kee Klamp pipe fittings to build an amazing custom shelving and mounting setup for his home entertainment system. This system fulfills so many functions: It supports the TV, speakers and lighting. It has a cantilevered section that allows the electronics to hang out over the stairway reclaiming precious floor space. The system itself provides a barrier, protecting people from falls. And then it has an entire shelving rack on the opposite side of the stairway for storing CDs and DVDs. 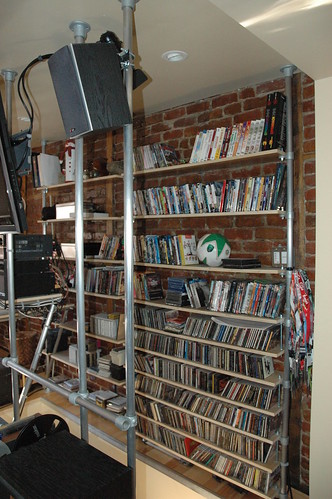 Here is what Jose had to say about the project:

This is a home entertainment center and shelving for dvds and cds also serving as a railing for the basement stairs all made with recycled aluminum 1 inch electrical pipes cleaned and polish. The tv and speaker supports are fixed with U bolts. The ceiling was re-enforced with 2x6 before the gypsum was installed. 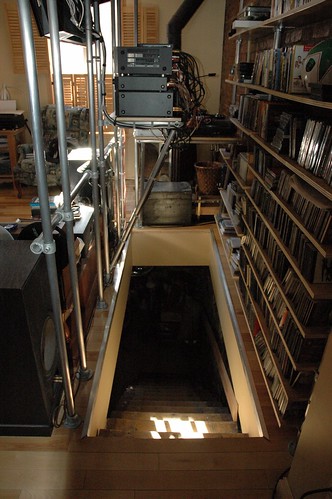 Several of the components are cantilevered out over the edge of the stairs to reclaim the unused space of the stairwell. You can also see how the shelf system was made to fit on the narrow edge on the wall side of the stairway. 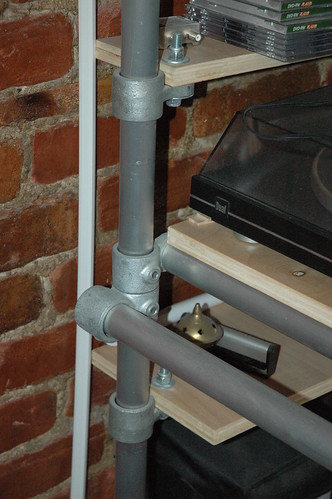 In most cases the shelves were bolted down to the M50-6 fitting. 45-6 cross over fittings are used to build most of the perpendicular shelves and rails. 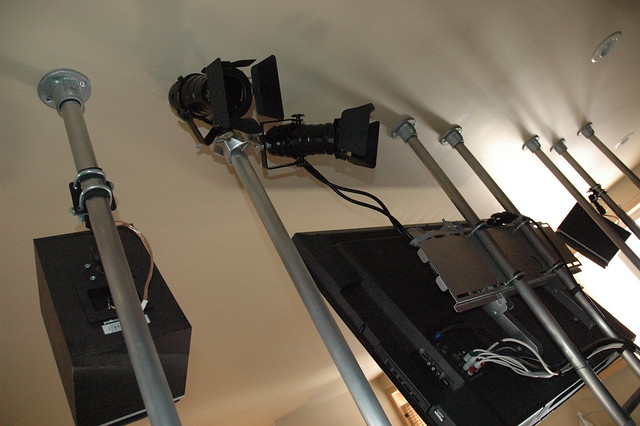 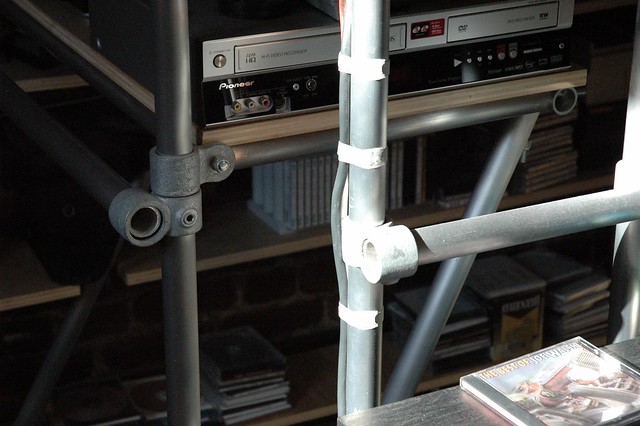 Our congratulations to Jose on a job well done. We'll be sending him a Simplified T-Shirt for his efforts. Jose says he's working on a few more projects. When they're done, we'll be sure to post them here!

If you want to build a custom tubular structure, get in touch with our projects team. We can help you understand Kee Klamp pipe fittings and how they can help you to build a structure to suit any environment.