The Oxford-Bicester railway line was first opened in 1850, giving commuters a direct line to the capital. In 1967 the railway line closed and the majority of daily commuters had to use buses, which were less efficient and ran less frequently than the railway system. In 2014, major renovations began that would take the historic line and bring it into the 21st century making it a practical option for daily commuters. These upgrades included updating the line from 20-40 mph to a line capable of 100mph, and improving the overall safety of passengers and railway employees.

A large part of the safety-related upgrades was adding guardrail along the outside of the track and around culverts. Due to time restraints and resources that were available, it was decided that the new guardrail would be a Kee Klamp guardrail. Kee Klamp being a modular system that can be installed by mostly anyone, was the more cost effective solution. 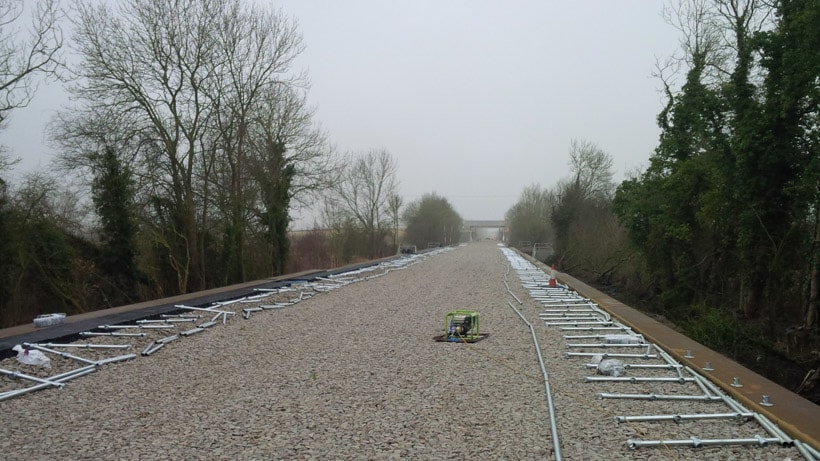 The problem then became, how to attach this modular railing to the existing structural steel. Because they did not have access to the underside of the steel, and cutting into the structure could create additional issues, using traditional bolts became impractical. Welding was another option for attaching the rail, however hiring specialized labor for 5 miles of guardrail would have been very costly, not to mention time-consuming. With a tight deadline and limited budget, this simply did not make sense.

Fortunately there was another option available. BoxBolt blind bolts was the ideal solution. BoxBolts can be used when access is restricted to a single side of structural steel, and with the use of a BoxSok, each BoxBolt can be installed in seconds. Using the BoxSok also eliminates one more tool from your belt. It easily connects to a common drive, set your torque, and zip the BoxBolts into place. This meant installation would be a breeze, and could be done with the crew on-hand quickly and efficiently.

The BoxBolts paired perfectly with the modular Kee Klamp guard rail, giving the rail a solid connection to the steel. This connection is tested and engineered to specific loading abilities. Meaning there is no question on the integrity of the connection or having to check weld points.

Weld points do have a tendency to rust over time. Rust and corrosion at the base of a guard rail can be catastrophic when it is designed to protect people from fall hazard. Boxbolts come in a variety of finishes, everywhere from Hot-Dipped Galvanized to Stainless steel. No more questioning the longevity of the system, these will stand the test of time. Do your project correctly the first time, and have the assurance that you won’t be back in a couple years to fix up corroded areas. 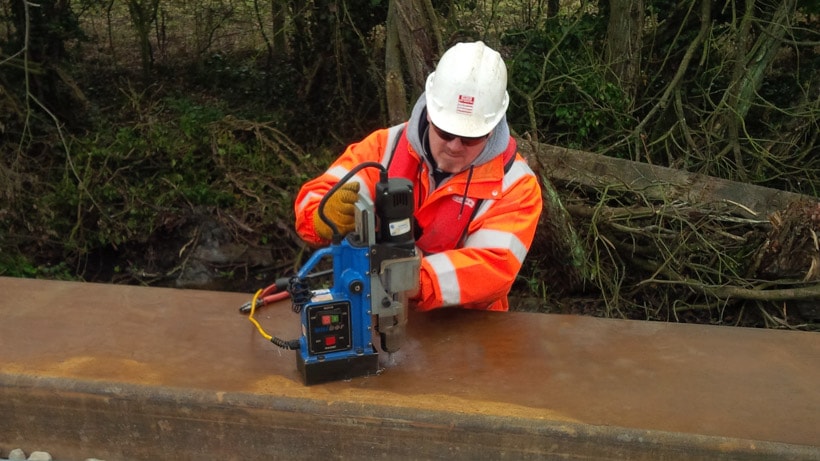 The project was finished in December 2015. At its completion, over 5 miles of Kee Klamp guardrail was installed and 10,000 BoxBolts were used. This appears like a daunting task, however with the help of Kee Klamp and BoxBolts, this complex project became simple. 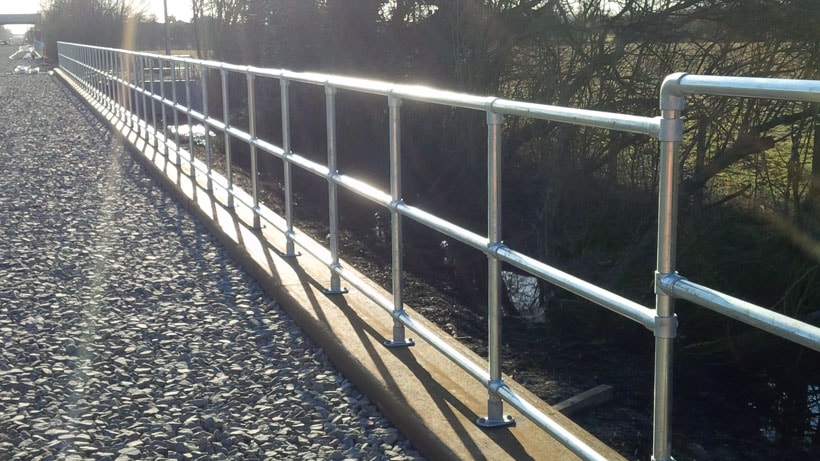