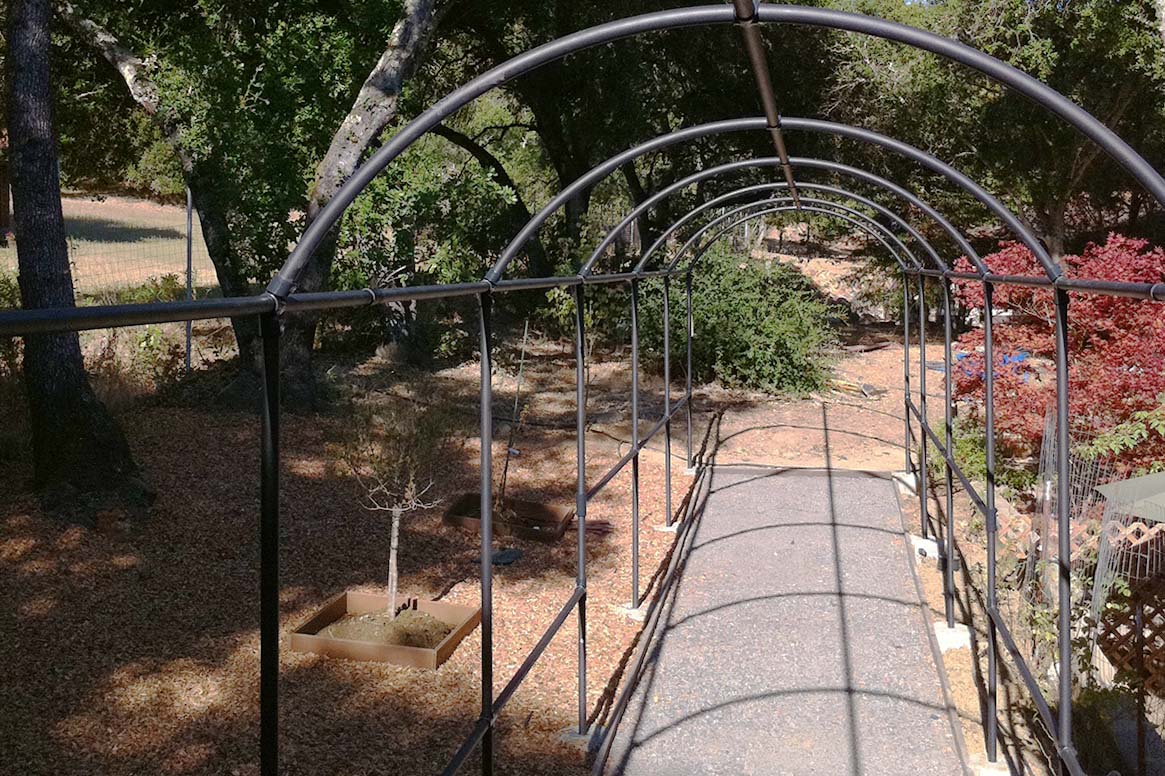 We wanted to create a 50ft walkway with an garden arch for roses. The structure is designed using Kee Klamp products and galvanized pipe, both of which have been powder coated black.

Most of this project was pretty straight-forward, but we need to bend 1-1/4" pipe in an arch. Simplified building found us a local company that had the capability (turns out it's not that hard to come by), so we bought the pipe from them and had them bend our arches. Another local company did the powder coating of the galvanized pipe. We gave the color code to Simplified Building so that they could match the fittings to the same basic black color.

We used ground sockets set in concrete for the foundation along with a Trex border and road-base pathway. Eventually we'll add pavers on top, but for now, we just left it with the road base exposed.

Although the ground work took a few weeks, the structure itself went up in a weekend with just two people.

The result is something that is really striking and will eventually be covered with climbing roses.